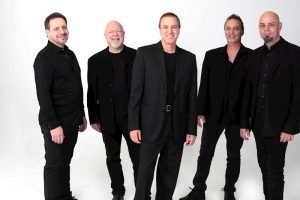 Open Road, the Rippingtons latest release, was three years in the making and it shows in the attention to sonic detailing by band leader Russ Freeman and the set of genre-busting songs he and the band have delivered. So what a perfect time to talk about creative evolution, how life and music interweave, and to get down and nerdy about how some of the songs were created. Grab whatever device you use to play music and the best headphones or speakers you’ve got because you’re going to hear these songs on a different level as we dig in to the details. The last time I talked to Russ was 2012 when Built To Last was released. That album was a point of creative expansion, as have been the two that followed and in many ways foreshadowed this one. In that interview he said ” My creativity is has increased instead of decreased with time. You get the idea that kids are very free and creative then you become an adult and you get locked in and lose all that childlike wonder but I find as I am getting older I’m getting more of that.” And seven years later that thought holds true and perfectly sets the stage for us to dive in …

They are currently on tour: for more info, to order the CD, and to find out if they are playing in your area hit their website: www.rippingtons.com