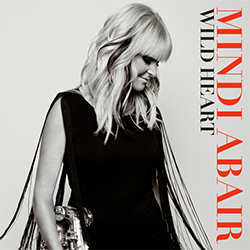 Mindi Abair is finishing up work on her new CD, (appropriately entitled) Wild Heart, which will be released in April.  Can’t think of a better title for an album by one of our most adventurous artists. She has spent time on the road with Aerosmith and time on stage with rock heros like Roger Fisher, founding guitarst from  Heart and members of Springsteen’s band as well as cJazz stars Dave Koz, Richard Elliot and Gerald Albright .  Wild Heart features collaborations with Joe Perry (Aerosmith), Booker T, Keb’ Mo’ and she has written new songs with Gregg Allman (!), Booker T, Jim Peterik (Survivor), Dave Yaden, and long time collaborators Ty Stevens and Matthew Hager (who is currently touring as a member of former Idol finalist Allison Iraheta’s band Halo Circus – amazing vocalist and band, check them out!)   She is including two new songs in her live sets already. Go to her website www.mindiabair.com or her Facebook page to see a video of her performing the title track at Jazz Alley.