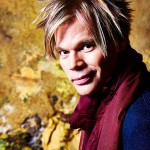 Brian Culbertson is finally doing a live album. Live performances by contemporary jazz artists, especially those on the smooth side, are generally more energized and exciting than their studio releases. Culbertson took his recorded work up several notches on his recent reinvention of Long Night Out and anyone who has seen him live will tell you that a live release will be fired up and funky.  He will be recording  his four night stand at Yoshi’s in Oakland CA. The album will be released in 2015 on his birthday, January 12. Culbertson released the #1 charting Another Long Night Out as an independent artist after founding his own label, BCM Entertainment. This will be the label’s second release and without having to worry about a record company telling him to play it safe or tone it down it promises to bring some heat to January.

On the other side of the spectrum Culbertson has released a solo piano album called Breathe that is designed to stimulate relaxation and lull the mind into an alpha state. It is perfect for at-home stressbusting, yoga, massage, and meditation. Even short listening sessions can be a soothing escape. It is available as a digital download for only 3.99 at iTunes or via his website http://www.brianculbertson.com/breathe