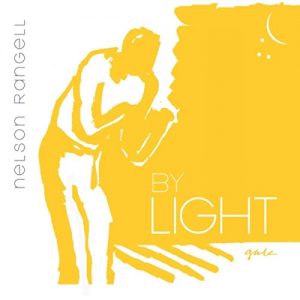 Just. Absolutely. Stunning. This album is like a restoration of every element that made contemporary/smooth jazz so exciting before adventurous spirit and emotional engagement were replaced with passive relaxation. The debut single was called “Old School” and when I saw the title I was a bit apprehensive. Was it going to be another lite funk tribute to boomer nostalgia. I shoulda know better as a fan since his late 80s debut. Thsi This is an artist who delivers high integrity music and  “Old School” takes the thread of everything compelling about the genre back when he released “Truest Heart” and “Yes, Then Yes” and yanks that thread straight into 2019. The songs, the energy, the emotion, the diversity. All are there as the album unfolds from one strong song to another. It also completely raises the bar in terms of songwriting/composition, production, musicianship, originality, and pure heart! . Every song here has a melody that will stick in your head and enough complexity to keep you intrigued with repeated listenings.

The overall spirit is joyous and the songs cover a lot of terriory. The spirited and catchy opening track followed by a blast of funk with some standout down’n’dirty bass-guitar interplay on “Tidal Wave”. The ballads – “From The Start” and “Letting Go” are so emotionally expressive, “Ali’s Moon” is a cinematic soundscape that will have you feeling like you moonwatching on a clear starry night. The title track with its flute lead sounds like sunlight coming through a window, “A Dream I Had” recalls Sanborn’s late 80s sound (which makes me wonder if there wasn’t some inspiration for Sanborn’s “The Dream” although that is pure speculation. His inspired take on “Human Nature” is a prime example of how fresh a cover can be when an artist brings their own perspective to the song. This is one of my all time favorite songs ever too so I wouldn’t give big love to a version of it that didn’t take it to higher ground. He stays true to the melody and adds his own new dimensions to that framework.

On “By Light” Rangell  surrounds himself with with a small group of ultra-skilled musicians who are not genre bound and they all play their hearts out and their you-know-whats off. There is a lot of soloing and the songs all clock in at five minutes or more – two things that are rare these days because there is a fear that the songs will sound “too progressive for the average listener”. But no..it just shows how highly these musicians respect the “average listener” and how within the framework of engaging melodies a six to eight minute song can actually leave you wanting more. . This album lives up to the title – it sheds light on how thrilling contemporary/smooth jazz can be when it is played fearlessly and with no concessions to formula. And when you hear what this music can sound like when it is played without boundaries it will leave you wanting more of this and less of the safe and generic. This album absolutely shines!